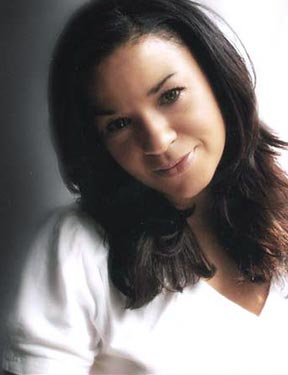 Yvette Ganier most recently appeared at the Goodman in Gem of the Ocean during the 2002/2003 Season. Other Goodman credits include Tonya in August Wilson’s King Hedley ll. Ms. Ganier most recently ap­peared in Chicago this season at Steppenwolf in I Just Stopped By to See the Man. She has also worked as a theater artist in New York, London and in many regional theaters across the country. Some of the highlights include winning a 2002 Obie award for her performance as Prix in Kia Corthron’s Breath, Boom! at Playwrights Horizons (NY) directed by Marion McClinton; playing Rena in the London production of August Wilson’s Jitney at the Royal National Theatre which won the 2002 Olivier Award for Best New Play; being awarded an Audelco Award (NY) for her work in the 25th anniversary pro­duction of For Colored Girls Who Have Considered Suicide/When the Rainbow Is Enuf written and directed by Ntozake Shange; receiving a Dallas Theatre Critics Award for Best Actress as Ruth in A Raisin in the Sun at the Dallas Theatre Center; and her critically acclaimed performance as Risa in August Wilson’s Two Trains Running at the Cleveland Playhouse directed by Chuck Patterson. Film credits include Fight Knights, Driving Fish and The Message. Television credits include Queens Supreme, Third Watch, All My Children and Luther’s. Choice.